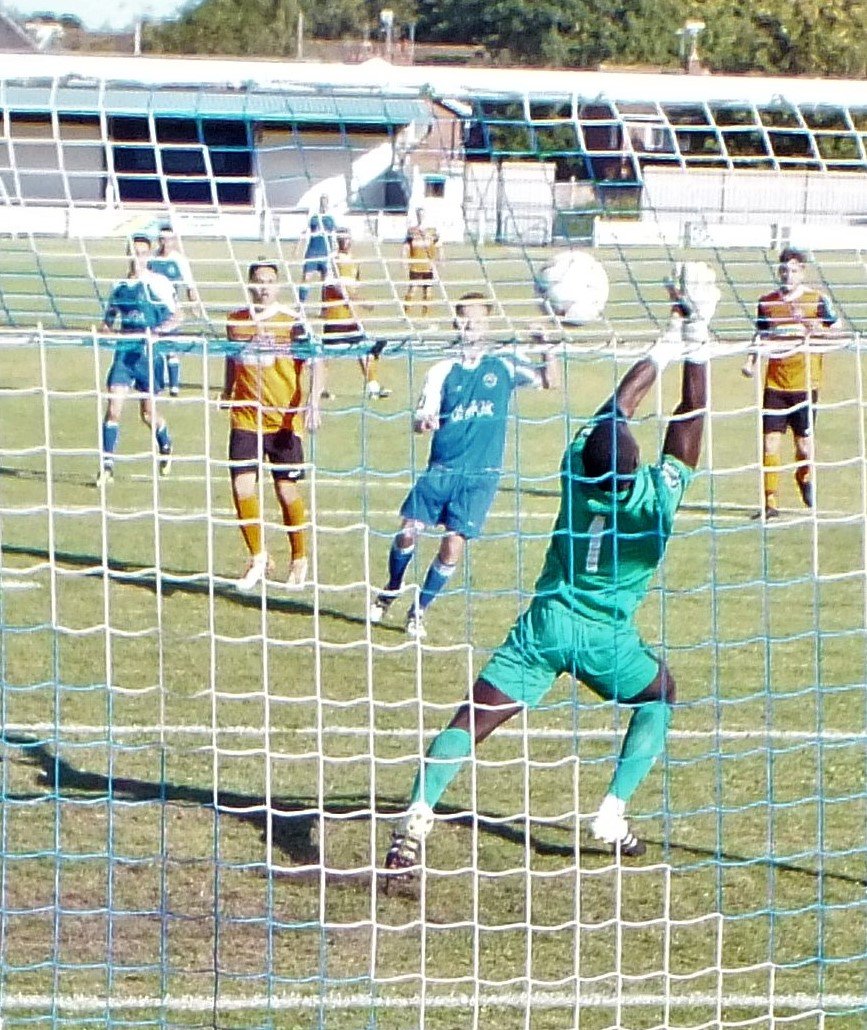 Herne Bay stretched their winning run to five with this special win against a Walton Casuals side managed by former West Ham midfielder Tony Gale who themselves had a 100% record.

Casuals started brightly but Bay refused to ditch their 'A' game of neat, patient, passing football that has brought them deserved applause this season.

They took the lead in the 36th minute when Junior Aikhionbare slid in to finish off a terrific run from midfield from Bradley Schafer.

Casuals pulled one back from the penalty spot in the 67th minute but Bay were not to be denied. With 13 minutes to go, Alex Mulrooney-Skinner blasted home after some neat interchange one touch football on the edge of the box.

Still Bay searched for more, probing down both flanks and with stoppage time entered, Nassim Dukali, who was released by Casuals last season, proved a point to his former club when he cut in from the left and with his right foot drove home at the near post.

Danny Leonard told Radio Cabin 94.6 FM's Peter Guise after the game that this was a special group of players, "John's (co-manager John Embery) come in the dressing room and said that winning becomes a habit and the fans got behind us again today. Even when we let in the goal we still played it short and got in behind them and caused them problems, most of our squad are under 21, this is the way we play and it's coming off now, we knew we could beat them".

Herne Bay will now await the draw for the 2nd Qualifying Round of the Emirates FA Cup. That draw will be at Wembley on Monday lunchtime.