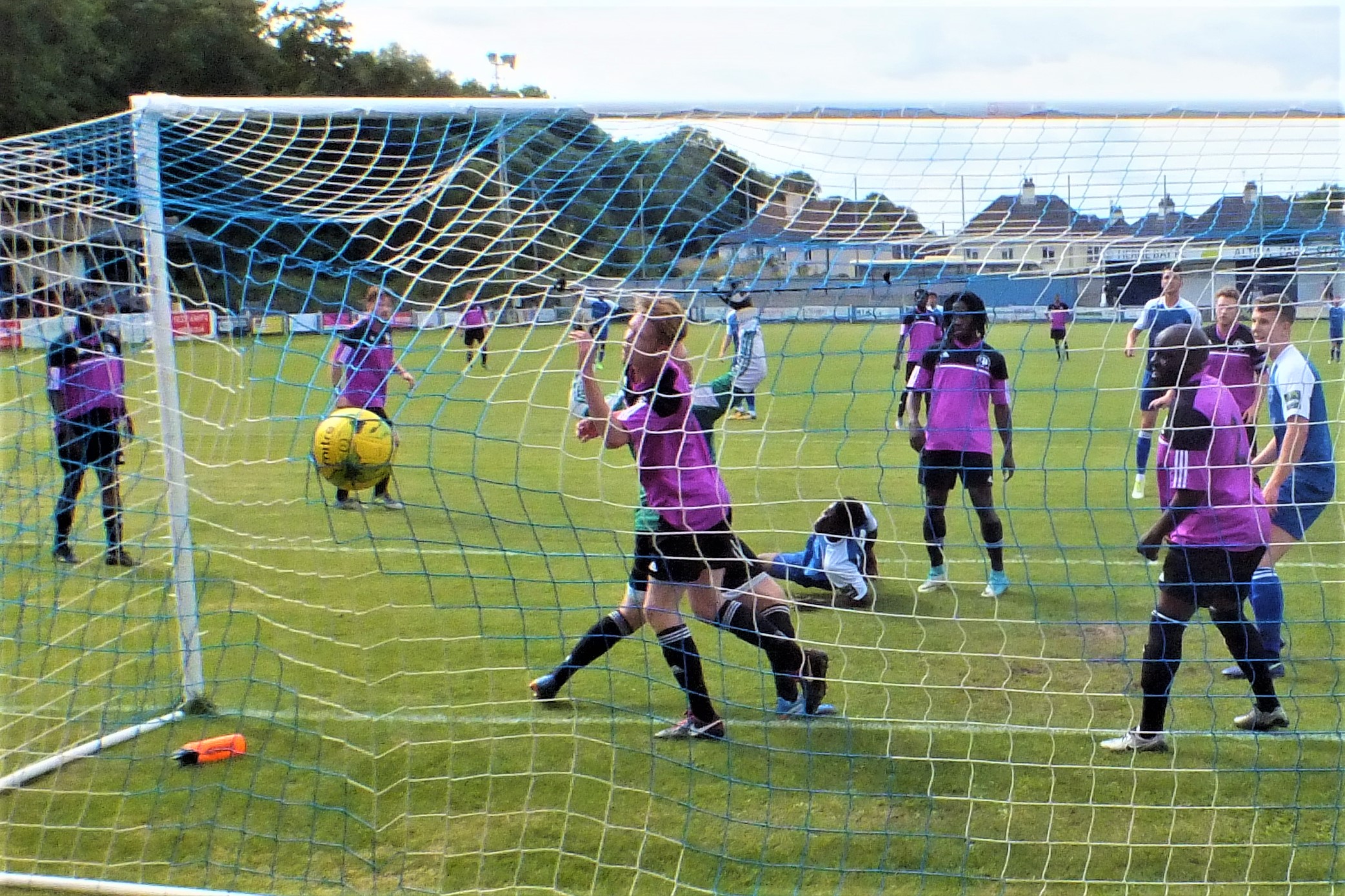 Herne Bay progressed to the 1st Qualifying Round of the Emirates FA Cup with a comfortable, if sometimes nervy, win over Chesington and Hook United on Sunday thanks to a goal each from Junior Aikionbare and skipper Jono Richardson in the first half. Chessington pulled a goal back just after the break. Bay might have scored more if they had been able to finish some good chances and without converting any of them it made for a nervy ending to the game.

Herne Bay manager, Jermaine Darlington was happy with the team and told Radio Cabin 94.6 FM, "Not only is it the first win it gives us another game in the FA Cup. It's important for the club to have a good cup run. It was a bit panicky at times but we were brave, put our foot on the ball and controlled the pace of the game. It will give the boys a lot of confidence. I've got total belief in my players".