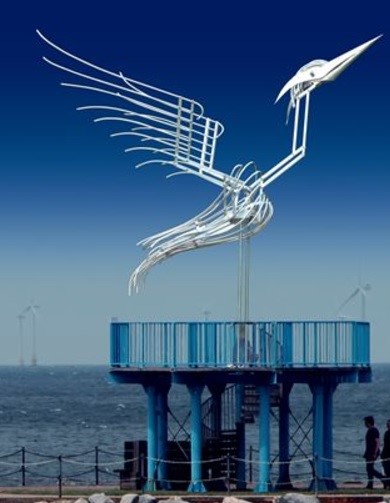 Art enthusiasts are hoping to obtain £100,000 to erect a metal sculpture of a heron at the end of Herne Bay’s harbour arm.

The mechanical representation would move its wings to signify the ebbing and flowing of the tide – that movement powered by the tide itself.

However, the proposal has come in for criticism from local residents who have dubbed it a mechanical skeleton, ugly, expensive and not depicting the grace of a heron.

Organisers have sited a working model of the proposed structure on Herne Bay Pier which will be available for viewing throughout August.