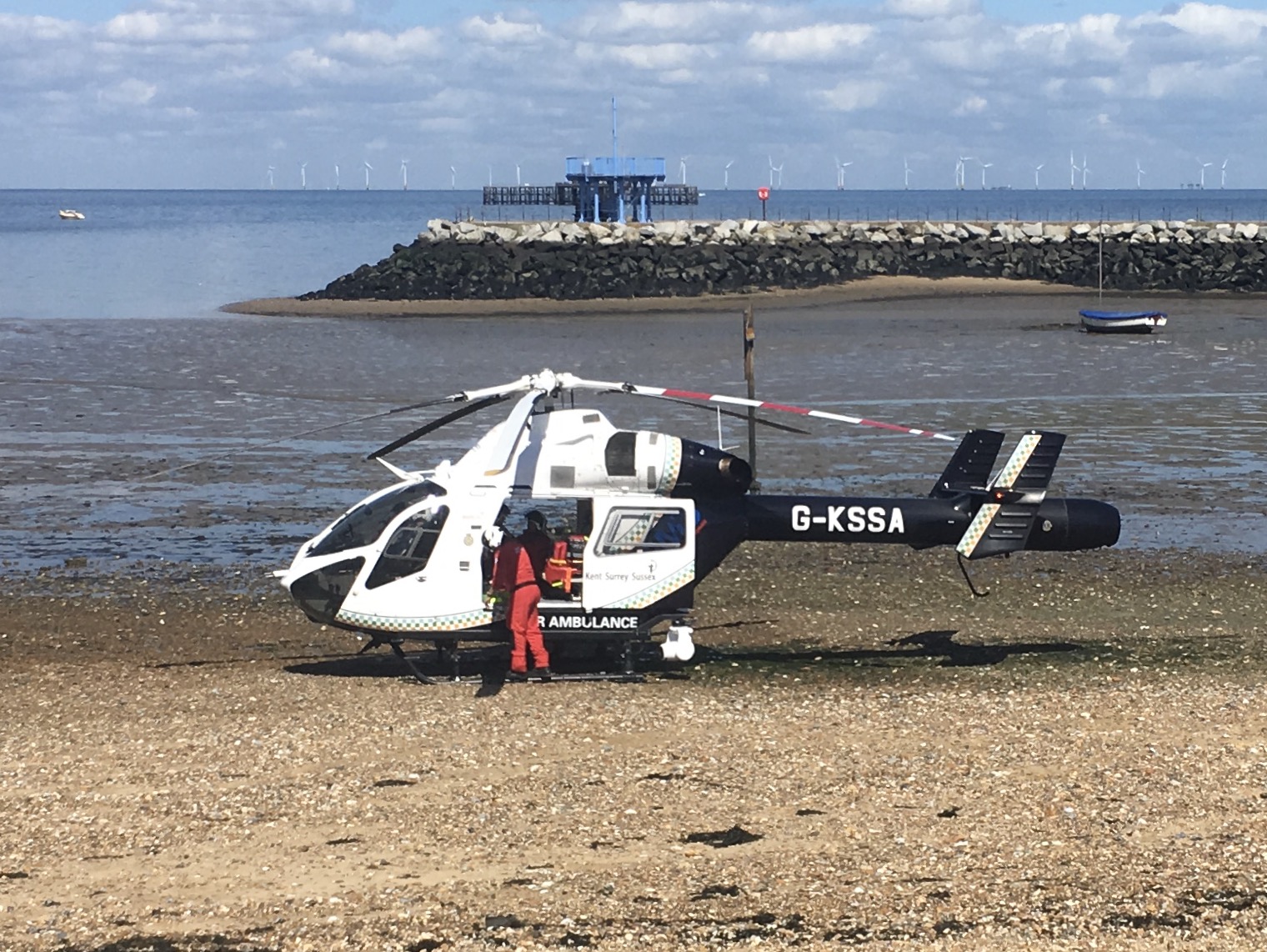 The Kent Air Ambulance made a landing on Herne Bay beach this morning (Sunday 13th August 2017) between the pier and the bandstand. It landed at around 11:15am.

The patient was transferred to hospital by land ambulance and it was later confirmed that he suffered only minor injuries.

Onlookers gathered on the beach taking the opportunity to see the helicopter up close whilst the crew went to deal with the incident.